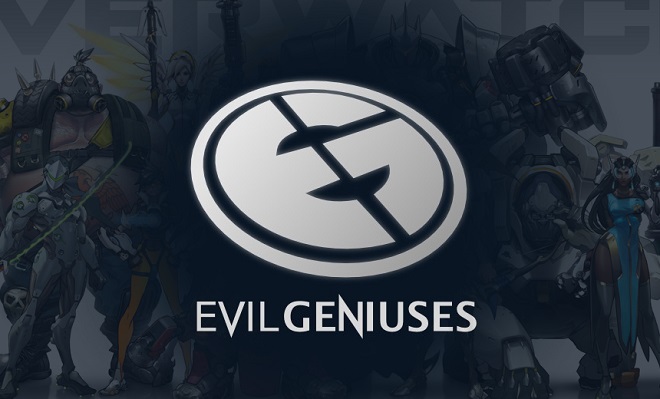 When it comes to big teams in the esports game, there are very few which can hold a candle to Evil Geniuses (EG). In fact, Evil Geniuses has become more of an organization than a team, playing several different genres and having a dedicated team for each of the many games they play.

Evil Geniuses was first established in Canada in 1999 when a small group of Counter-Strike players decided to take things to the next level. San Francisco is now home base for EG, and from there they send teams to competitions all around the world. Over the years, Evil Geniuses has competed in more games than most other teams in their league. Counter-Strike, World of Warcraft, Quake, StarCraft II, Call of Duty, Call of Duty 4, Dota 2, and League of Legends are just a few of the games and genres EG has been involved with, and the team’s experience really shows.

The Rocket League has a team of three. Jason “Klassux” Klass is a star in the Rocket League scene. He has qualified for the World Championships twice and has been a part of every one of the competitions in the league. Gabriel “CorruptedG” Vallozzi is another player on the team who deserves to be noticed. He is known for his quiet yet effective gameplay and is no stranger to winning matches and tournaments.

Rainbow Six has a team of five and they all have a long list of accomplishments on the team and beyond. Look out for all of the teams players, Troy “Canadian” Jaroslawski, Austin “Yung” Trexler, Nathan “nvK” Valenti, Ammar “Necrox” Albanna, and Brandon “BC” Carr, as they each bring a unique element to the team’s gameplay and tactical abilities.

Call of Duty is a true classic in the world of FPS games, and the EG team that competes in these tournaments has been around the block. Anthony “NAMELESS” Wheeler, Bryan “Apathy” Zhelyazkov, Ian “Enable” Wyatt, and Patrick “ACHES” Price make up this star-studded team. They all have numerous wins under their belts and years of experience playing.

The EG Gwent team is comprised of one player, Adrian “Lifecoach” Koy, who has been playing card games such as Hearthstone for many years. He has managed to take several notable wins so far, and most people expect to see many more into the future.

Kevin “PPMD” Nanney is one the best professional Super Smash Bros players that you can find, anywhere. He has been playing professionally for almost four years and his work ethic really shines through in his playing. Julian “Zinoto” Carrington is the other force on the team who is worth your attention. He has a lot of experience with the game and is very seldom defeated.

Another classic game in the world of competitive sports is the fighting game Tekken. EG has a fantastic team of two: Ricki Ortiz and Christopher “NYChrisG” Gonzalez, who are both seasoned competitors.