Prepare For The 2016 LCS Summer Split 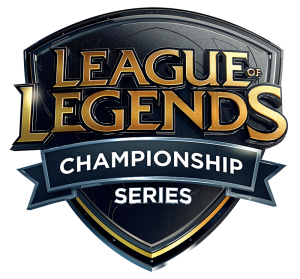 The final split before Worlds 2016 is starting June 2nd and this split is bringing us new teams and a brand new format and schedule. The EU LCS still follows the regular Thursday-Fri, but all the matches are now Best of 2. NA will have Best of 3 matches instead and now begin right after EU on Friday and continue all the way to Sunday. With new teams, new format. and lots of roster changes this could be the most exciting split yet.

As stated earlier EU will now have Best of 2 matches instead of Best of 1, the schedule remains the same. EU LCS did not have any teams qualify through challenger this split, but previous Elements were bought by German football club Schalke 04, the roster is the same except for changing the mid player in favor of Fox.

Perhaps the most interesting roster change is Fnatic bringing back their old support player Yellowstar who last year helped them to the semi-finals at Worlds 2015. G2 who won the last split have changed out their carry Emperor and support player Hybrid in favor of Origen duo Zven and Mithy. Origen who lost their bottom duo to G2 have opted to replace them with Forg1ven and Hybrid. With these changes in the top teams and the new format, this will be a thrilling split.

NA will be using Best of 3 matches which means there’s always a winner and no ties. Due to the potential of matches being very long the schedule will now be over 3 days instead of the regular 2. Due to 2 teams being banned and forced to sell their spots we now have 3 new teams counting the challenger qualifier. Team Envyus have taken over Renegade’s spot and changed out most of the players. Phoenix1 have purchased Team Impulse’s spot and only keeping 2 of the previous players. Lastly, we have Apex coming from the challenger qualifiers, a team that features LCS veteran Xpecial and other talented players like Apollo and Keane.

CLG who have won the last 2 splits and performed well at MSI reaching the grand finals have, as expected, not made any roster changes. Team Solomid lost their support and captain Yellowstar to Fnatic and have replaced him with up and coming player Biostar. Immortal’s who seemed unstoppable in the last split going 17-1 in groups ended up getting trashed in the semis by Team Solomid. They have only changed out some of their support staff and kept their players. One team to keep an eye on is Echo Fox who struggled the last split due to visa issues, forcing them to play with subs for a large part of the split. With all their players ready for this split they could prove quite fearsome.

LCS EU and NA having two different formats are great for you that wants to bet on LoL. Best of 2 series have a chance of ending in a draw, increasing your betting options, and also a larger chance for upsets than a BO3. BO3 series, on the other hand, are generally won by the better team and there’s much less chance of an upset. With all the new players and teams anything could happen of course and that’s what makes betting on esports so exciting.

Here at Esportsbets24 we list all the sportsbooks that take esports betting seriously. We always make sure they provide ample security, support, starting bonuses, and of course, titles to bet on. Below you can find links for Betway, Bet365, and Unibet as well as comprehensive reviews of them. These 3 Sportsbooks excel in the areas we previously mentioned. If you want to check out the other sportsbooks you can go out front page and look at the sportsbooks tab where we have detailed reviews of 8 different sportsbooks. We’ve also put together a complete in-depth betting guide for LCS Summer Split at our partner site League Of Legends Betting.

(image: esl-one.com) Following the delay of several CSGO events, including the ESL One Rio event that was set to take place from 11th – 24th read more

Does Valorant have a future as an esport?

Riot Games recently dropped the beta for the long-awaited and heavily hyped first person-shooter (FPS), Valorant. Since day 1 it has been made clear by read more

(image: Glenn Carstens-Peters on Unsplash) Over the past several years the PlayStation 4 from Sony and the Xbox One from Microsoft have been battling it read more

This website uses cookies to improve your experience while you navigate through the website. Out of these, the cookies that are categorized as necessary are stored on your browser as they are essential for the working of basic functionalities of the website. We also use third-party cookies that help us analyze and understand how you use this website. These cookies will be stored in your browser only with your consent. You also have the option to opt-out of these cookies. But opting out of some of these cookies may affect your browsing experience.
Necessary Always Enabled

Any cookies that may not be particularly necessary for the website to function and is used specifically to collect user personal data via analytics, ads, other embedded contents are termed as non-necessary cookies. It is mandatory to procure user consent prior to running these cookies on your website.