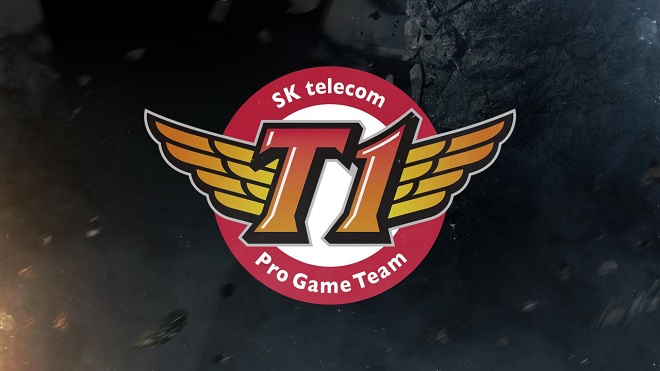 SK Telecom T1 is a very well-known South Korean eSports team who compete in League of Legends (LOL) competitions at a professional level. The team falls under SK Sports – a conglomerate that also has football, baseball and basketball teams in South Korea. SK Telecom T1 is the only team in the world that has won the League of Legends World Championships three times. They were crowned champions in 2013, 2015 and in 2016.

SK Telecom created their first roster of players in December 2012, under the name ‘SK Telecom T1 S’. The company then created a secondary team, ‘SK Telecom T1 K’ in February 2013, which included the then little-known Faker. Faker quickly went on to make a name for himself, and SK Telecom T1 K outperformed S to win the 2013 World Championships. In 2014 both SKT teams had a bad run and failed to even make it to Worlds at the end of the season.

At the end of 2014, Korean teams were no longer allowed to have sister teams so both SKT’s teams disbanded to form a single team – SK Telecom T1. With Faker back on form, SK Telecom T1 had a great season, going on to win Worlds for the second time in 2015. They won the Worlds Championships again in 2016, beating Samsung Galaxy to the top spot – becoming the only team to successfully defend their title. Unfortunately, in 2017 their fortunes changed and although they got to the Worlds Championships final, they lost to Samsung Galaxy 3-0. In 2018, SK Telecom T1 signed new players in a bid to shake the team up and get their winning streak back.

Thal’s real name is Park Kwon-hyuk. He is SK Telecom T1’s starting top laner, and is one of the new players that SK Telecom T1 signed for the 2018 season.

Blossom, whose real name is Park Beom-chan is a South Korean eSports athlete. He is the starting jungler for SK Telecom T1. He is known to favour LOL champions such as Jax or Seijuani.

Faker is one of the most famous LOL players in the world and SK Telecom T1 was originally built around him playing in mid-lane. Also twenty-one years old, Faker’s real name is Lee Sang-hyeok and he ranks 1st in South Korea and 37th in the world right now. He is known for having an in-depth understanding of LOL and for being able to draw on a wide hero pool. Many fans think he is the best League of Legends player of all time.

One of the original players; Bang is ranked 3rd in South Korea and 50th in the world. His real name is Bae Jun Sik, a twenty-one-year-old professional player who takes on the ADC (attack damage carry) role in his team.

Wolf is another player who has been with SK Telecom T1 since the beginning. He is ranked 2nd in South Koread and 49th in the world, and his real name is Lee Jae-wan. Wolf is also twenty-one years old, and plays in the support role, favouring LOL champions such as Bard, Thresh and Alistair.